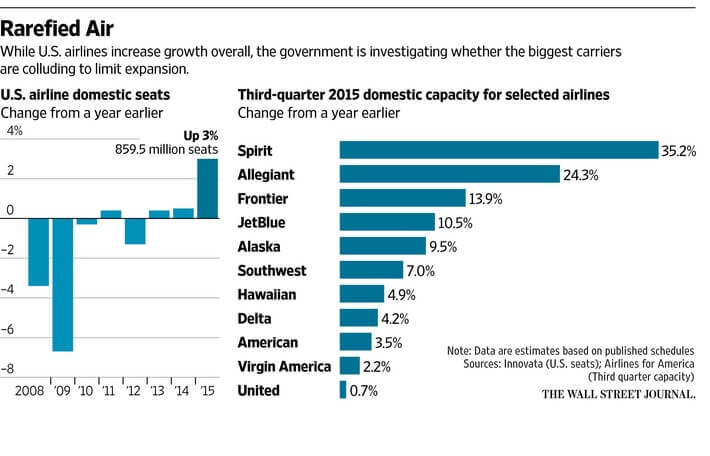 Changes in the airlines industry

The Boeing airline is a US-based multinational corporation that is among the largest aircraft manufactures in the world. The company was formed in 1916, and since then, it has made technological changes that reduce costs while improving efficiency. In 2013, Boeing lost its first position rank in the market to Airbus,.

The latter company is based in Europe, and it has been able to generate more success in the industry when compared to Boeing. The airline industry is characterized by a myriad of challenges that prevent players from turning in profits.

Airlines have been forced to cut routes and hike fares as they grapple with increasing oil prices. In order for airlines to lower costs and boost profitability, they have resulted to implementing various cost-efficient mechanisms (Norris & Flottau, 2014).

Legacy airlines are making smaller orders due to poor economic performance. the airline industry has the lowest profit margins, and some of the airlines have incurred losses that have lasted  many years in a row. The types of aircraft and fleets that are being implemented are twin-aisle jets with wide bodies.

The aircrafts have bigger capacities, allowing them to carry a bigger number of passengers. An article by Gates (2017) indicates that Boeing and Airbus have been impacted by lower sales as airlines have been weighed down by economic constraints.

Trends point towards are pointing towards  increased orders for smaller airplanes. Thus, the airlines are able to incur lower unit costs when compared to having single-aisle jets. In general, my observation is that airlines are ordering larger aircrafts to lower operational costs.

High oil prices have led to high pressures to contain costs, and while increasing fare may lower the airlines’ competitive advantage, lowering the costs of production enables them to maintain market share while meeting their profitability objectives.

The table below showcases changes in airline domestic seats

According to the graph below, domestic capacities for large airlines have increased while those of smaller airlines have reduced, a factor that confirms Porter’s theory. The implication of the findings is that a unique niche is necessary if at all the airlines aim at gaining sustainability in the industry( Nicas, Kendall, & Carey, 2015)..

Consumer choice in terms of seat comfort and space is limited by ticket fares. Passengers who are willing to pay additional fares can get seats that are more comfortable, while the rest have no option but to make do with the available seat sizes. Elliott (2015) observes that seat sizes have shrunk from 35 inches in the 1970s to 31 inches today.

Strategically for the industry, circumstances changed since 2008 as airlines are engaging in mergers to provide them with competitive advantage over other smaller firms. Thus, Porter’s argument is not flawed as barriers of entry and increased competition have prevented new airlines from gaining market share in the competitive airline industry.

For instance, Virgin Atlantic has found it challenging to infiltrate areas that are dominated by larger airlines, a factor that has led to more than $595 million in losses since its inception.

Airline and ethics of conducting business

Airline operations have been impacted by ethical implications, such as collusions by big airlines to squeeze out smaller competitors. Bigger airlines may make deals with each other to control pricing by deliberately keeping prices high.

They provide poor services to customers by reducing seat sizes and spaces, and customers have no option but to travel in the unfavorable conditions as they may not afford high fares that would provide them with better accommodation.

The aviation plan has been approved by governments of more than 190 countries, and it will require airlines to adopt better fuel economy while purchasing more efficient plane models (Fountain, 2016). Although the plan may have cost implications, airlines should ensure that they implement the plan as they would be performing their duty of environmental conservation.

In addition, the implementation of the plan may have positive implications as it will lower energy costs, and airlines will benefit from higher profitability.

Information technology will play a major role of communicating of facilitating the monitoring of airline activities. Airlines may be requires to provide information involving their energy consumption. Environmentally-conscious customers can compare between various airlines and rate their performance on environmental sustainability.

Technology may also have a positive effect in enhancing environmental sustainability through the development of plane models that have lower energy consumption (Peeters et al, 2016). Thus, planes implementing energy-saving technology can get to be more successful in the industry.

United Airlines has indicated that it promotes diversity by providing employees with diversity and inclusion engagement events. The organization also carries out community and business partnerships aimed at promoting diversity (United Airlines, 2017). However, the organization has been in the spotlight for the alleged discrimination of Black pilots.

In as much as the airline may have attempted to enhance diversity, it could have failed to promote equality for African Americans. Thus, the best course of action for the organization would be to review its hiring and promotional policies and determine whether they have features that might place African Americans at a disadvantage when compared to other employee groups.

Elliott (2015). Your airplane seat is going to keep shrinking. Fortune. Retrieved from http://fortune.com/2015/09/12/airline-seats-shrink/

Contact Form
Warning! Please enter your email first!!.
Thanks! Your Question is being Submitted!!.
Contact us if you have any Question regarding assignments!!